Ιrene (Gavala) Giannakopoulos started in tourism when she was 11 years old. Her father Michalis Gavalas and her mother Kaliopi, had built the first “rooms to let” in Amorgos, in 1965, and they offered Carolina Matthews, the first English tourist of the island, one small cottage on the beach and daily food, in exchange for teaching her English. With just one ferry per week connecting Amorgos with Athens, in 24 to 36 hours, without electricity & telephones, life was hard on the island. Carolina had a hard time to explain the word “ice cream”, as without fridge or tv, it was unknown even as a photo to children! Irene at 11 years old, suggested to her parents that they should serve breakfast to their guests, as it was hard for them to find coffee in the village. She then started serving breakfast to the tourists in their rooms. Drinks, were hung in a nearby well, in a basket to get cool. Irene left her family at 12, in 1967 and finished High School in Athens, staying with her aunt, as going to High School in Chora, meant 4 hours walk over the mountain.

During school vacations, she returned to Amorgos and helped with the family business. At the age of 18, she got married to Nikitas, who comes from the same village of Tholaria, and their romance had grown through correspondence while he was abroad. They moved to the United States, where Nikitas had immigrated two years before. Irene got an office job in the Greek Orthodox Church of St. Nicholas in Newark New Jersey, just within a week after her arrival in America. The education and the English language which her parents provided for her, was the only and best dowry she had. This job offered the couple the opportunity to meet very nice people from the Greek Community, and enter the big Greek Family of St. Nicholas Church, providing a very beautiful life for them.

After 10 years of hard work, successful in Restaurant and Deli business, they decided to return to Greece, close to their families, so that their two boys could start in Greek school. They built a nice house in Athens, and having saved enough funds, their plan was to relax there after and just work for 2 months during the summer at the family pension business on Amorgos. One day, in 1987, while Nikitas and Irene had their coffee at “Lakki Village” by the beach, they noticed that the new road to Tholaria, had formed a curve, which looked like a welcoming hug, and visualized a beautiful hotel on that spot.

Nikitas found the owner and bought the land, which was a raw piece of mountain. They proceeded to getting a building permit, and by the time they had all the excavations made, to create flat areas for construction, all their funds for life were finished, and they were obliged to get a loan from the bank at the outrageous interest of 29% to 36%. The first part of the hotel, consisted of 3 buildings and 30 rooms, the swimming pool, the drilling unit and the cistern for the water supply. The construction took two years to be completed, which was an athlete for the period, as due to the lack of machinery, all buildings were built by human hand. Their main priority was the respect of the environment, so they built the first water recycling unit on the island, using this water for the hotel gardens, while for the pool they installed a pipe system to bring sea water. Aegialis Hotel opened its doors to the public in 1992.

The first years of operation were extremely hard, with danger of the hotel to become bankrupt since the island was completely unknown both in Greece and the world. Irene worked really hard to promote Amorgos, by participating in many Travel Shows in Greece and around Europe, by inviting journalists, and by advertising in newspapers, magazines, radio and television. At the beginning of the hotel life, Nikitas worked as chef, maintenance man, driver and gardener, and Irene as receptionist & marketing person, waitress, chef, driver, or a chamber maid when needed. With very hard work, love, faith and determination to succeed their goal, they overcame the difficulties, and managed to develop over the years, in spite of the tragedy they faced, by losing their 2nd son Michalis in a car accident in 1999.

The hotel land has increased to 20.000 sq meters and the capacity has been extended to 60 rooms & Suites and a modern Spa, “The Lalon Idor”, built in 2005. With great respect to its hotel guests, Aegialis Hotel & Spa has been upgraded to a 5* Wellness Center, with an average of 80 employees and continuous efforts to be at the top-level, for their benefit and satisfaction. Aegialis School of Yoga has been established in 2020, and welcomes students from around the globe.

Irene loves the flower gardens, which she started in 1992, while Nikitas with his assistants is involved in organic vegetable cultivation within the hotel property, providing the hotel guests healthy organic food. Irene has great knowledge of the herbs and plants growing on Amorgos, as she has been involved from her very early age.

During Covid lock down, Irene wrote her first book “My Amorgos”, presenting the Culinary history of the island, the story behind each dish, ways of production and preservation of local products, its famous herbs, and the story of the family and the hotel. Today, Irene and Nikitas with their two children, Stamatis & his wife Eleni, and Kalliovi & her husband Stavros, and their 8 grandchildren, live and work within the hotel premises, which is literally the extent of their home.

Guests are welcome to Aegialis Hotel & Spa, as in a big family house, the home of the Giannakopoulos Family! 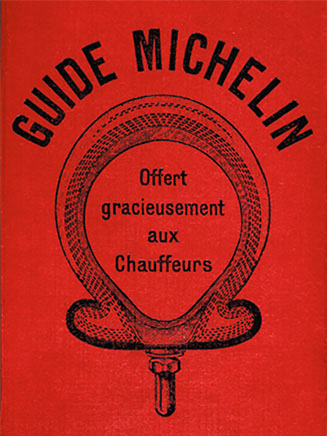